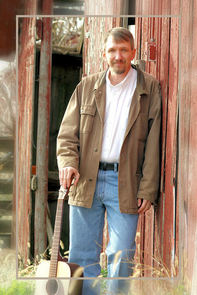 Steffen has been performing live since 1992 in coffeehouses, festivals, fairs and other public appearances throughout the state of Iowa; including a 6 month music adventure to Portland, Oregon in 1995. In 1994, Steffen released his first album, On & On, featuring the songs "Little Love of Mine", "Spiders Web", and "Lady November". In 1997, the Jenni Rain album was released featuring the hit title track "Jenni Rain", "Too Poor To Be Famous", and "Who was the King". Currently, Steffen continues to perform both solo and work on a new album, expected for release in 2020. 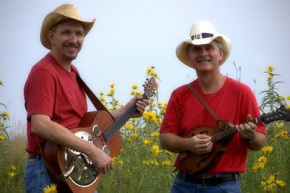 Mixing humor and energy in every performance, a Home Grown Tomatoes show is an organic music mix of life in Iowa.

​The songs are presented in a fun, family friendly program with a selection of original and unique songs designed to meet the specific needs of each event and audience.

The band's goal is to have everyone with a smile on their face, a song in their head they can't get rid of, and thinking of a fond memory of life in Iowa. Their performance is a mixture of American Gothic yearning, mid-western practicality, and stubborn romanticism mixed with humor and terminal sensibility.

The Home Grown Tomatoes are available for any event including private house concerts, parties, corporate events, fairs, and festivals.

​The best part of these Tomatoes is the Home Grown Tomatoes Variety which allows the band to perform as a duo, trio, quartet or quintet adding female vocals, harmonies, percussion and bass to any event.